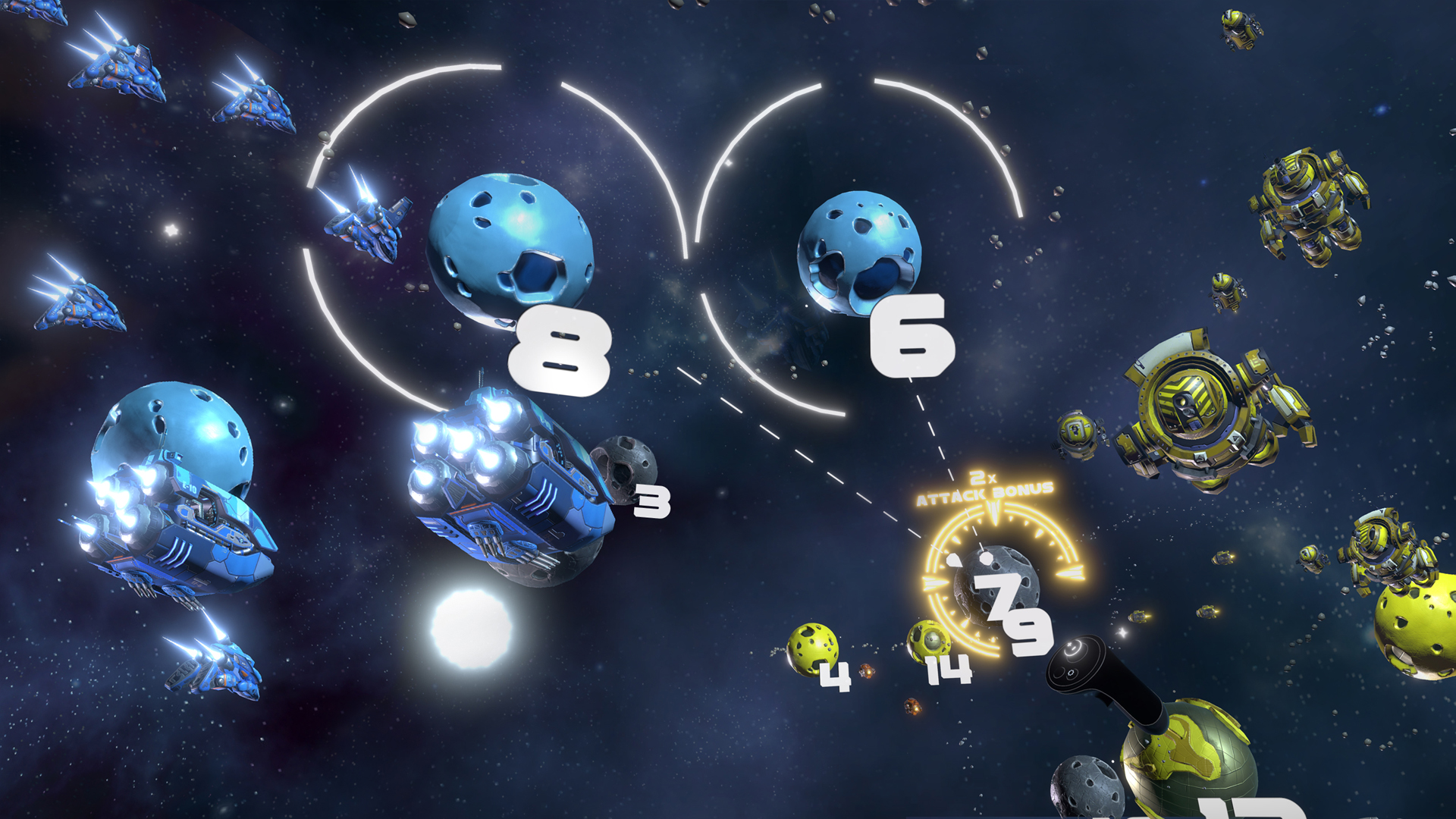 MoonStrike is a boiled down realtime strategy game, built for both Vive and Oculus Touch controllers (controllers required). Take over planets as fast as possible, build ships, and take over the galaxy!

If you can drag and drop a folder, you can play MoonStrike… I mean, badly… but still! 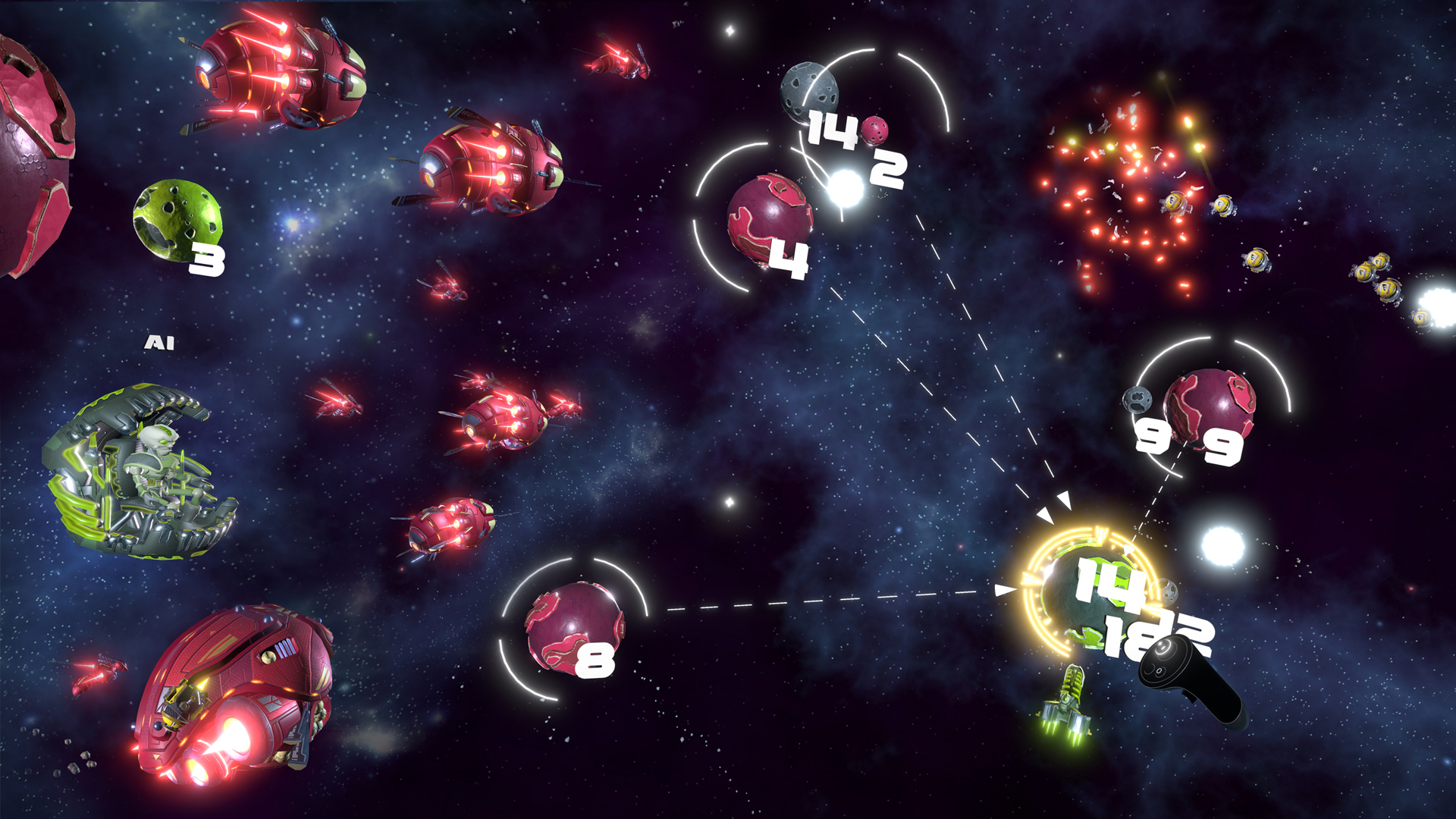 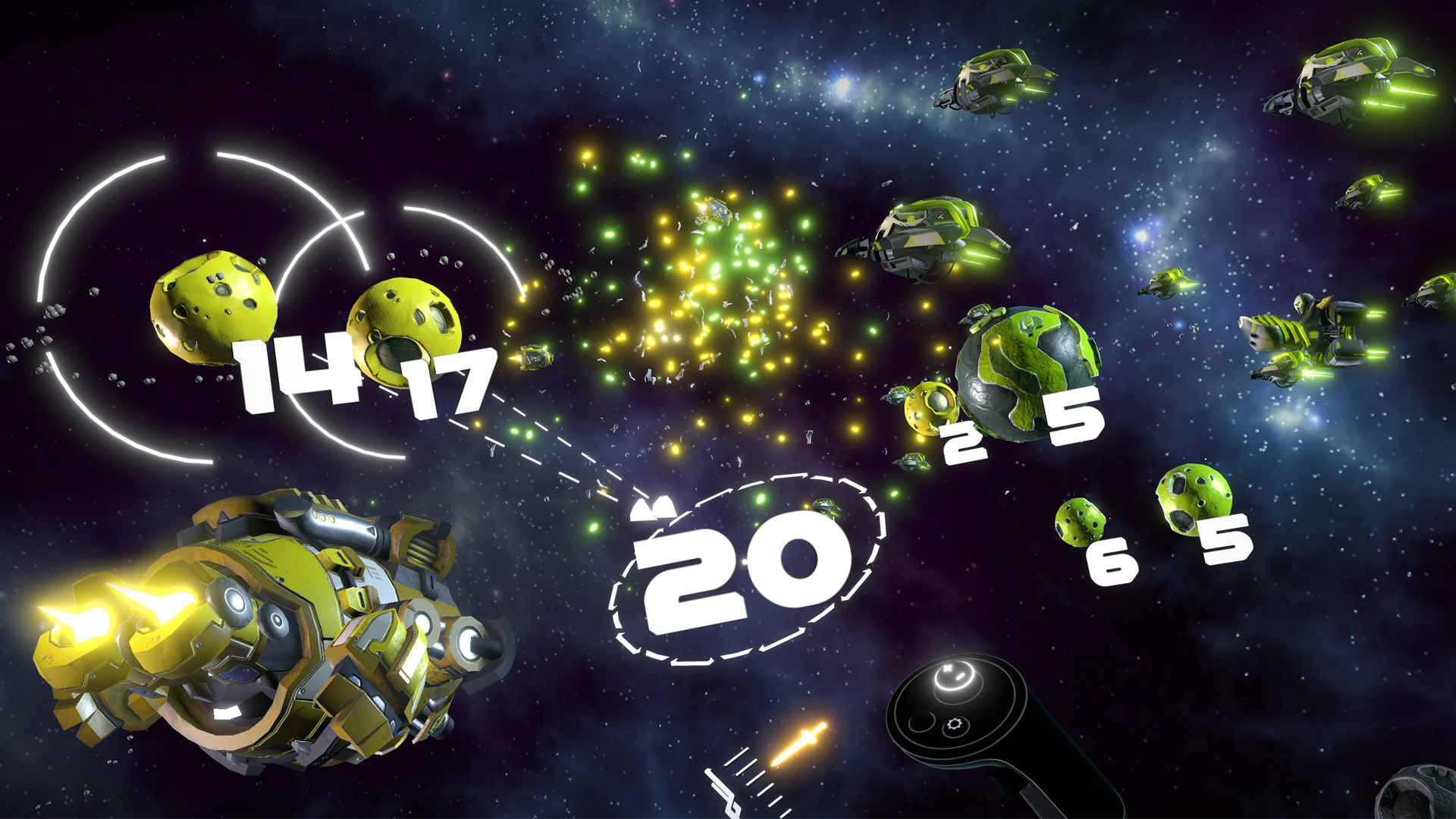 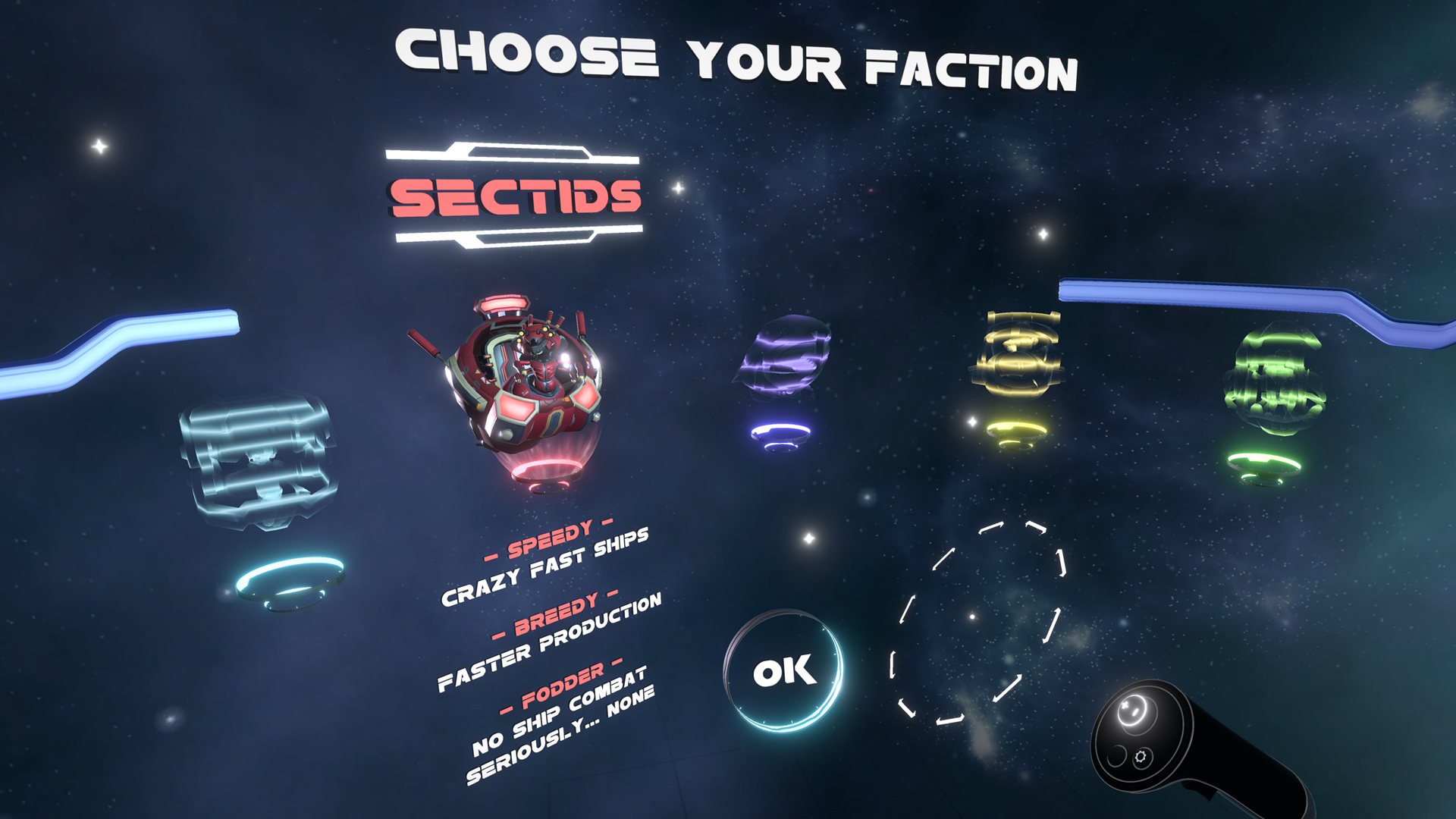 OMG - finally! The first true 3D VR RTS since Lazerbait. And this one is multiplayer. This makes me very happy. Only problem is I don't see anyone else playing yet! I've only played against the AI! Graphics and sounds great, no bugs I've noticed yet. Takes maybe 5-10 mins to play a match? I think I've played about 8 so far. Kind of weird that you can only look at the leaderboards by starting a new game. Would be cool if you could grab the map and manipulate it like you can in other VR RTSes. Zoom in and zoom out by grabbing and expanding or contracting, etc. Sometimes I trip over my couch trying to reach a far-away planet.

**Update** One other thing that could use work is the multi-player matchup function. I've played maybe 40 games now and still haven't seen another human player. I imagine it's just too early and more players will trickle in, but there's no info or tools I can use to find other players. How many other players are online while I am? How long should I wait for a match? 30 secs? 1 min? The longest I've waited is about 5 mins before giving up.. Easy to learn RTS game. Basic, even by VR standards, but graphics and design are great. The game is a little pricey for the content, so I recommend getting on sale.. This game is a fantastic strategy game!
You have to exercise lateral thinking when executing attacks because
each galaxy(atleast that ive played) are all different shapes and orbits.
Definitely reccomended for people who are curious about large scale space warfare.