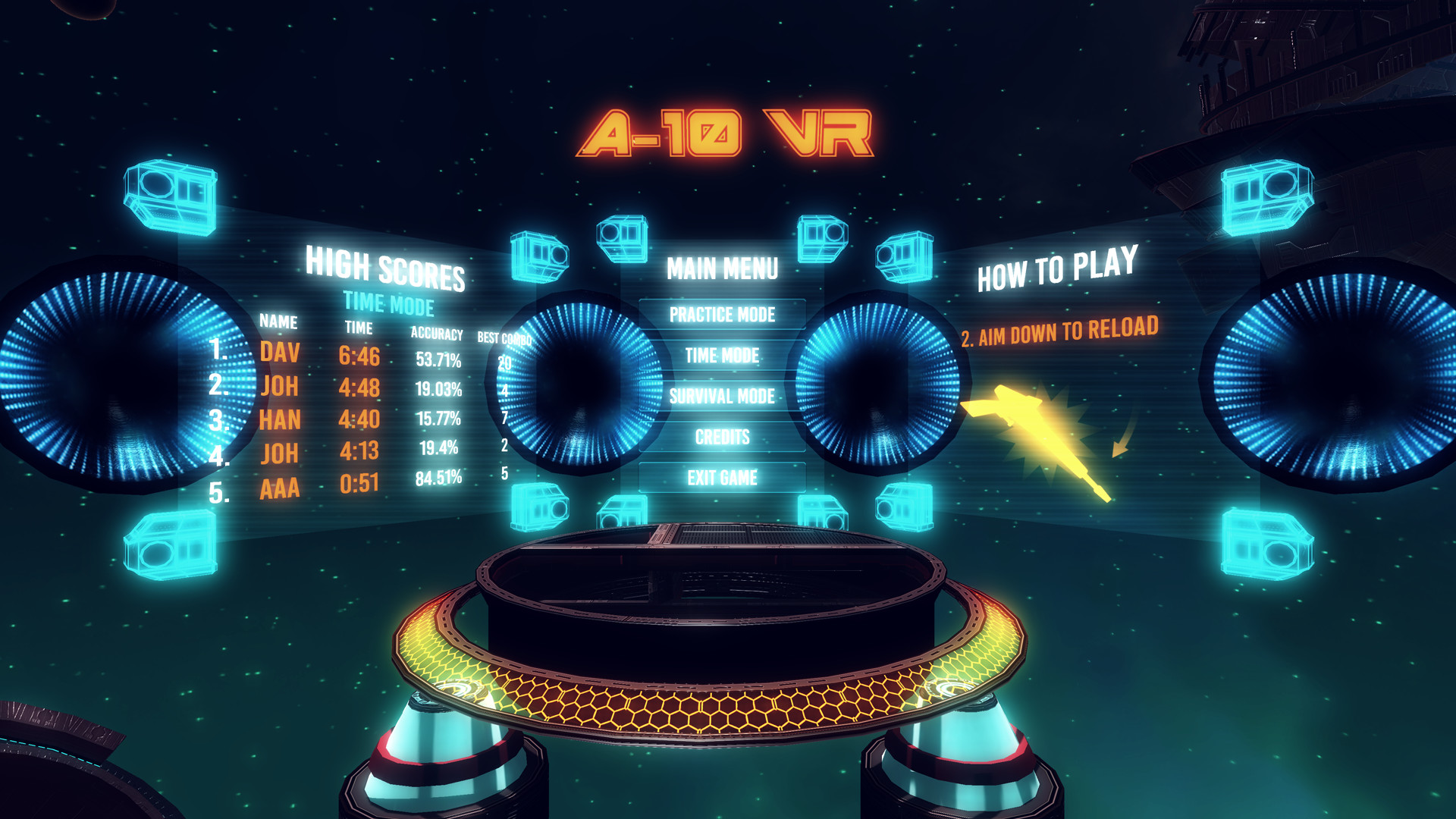 A-10 VR combines stunning graphics with simplistic gameplay to introduce players of all ages and skill to the possibilities of virtual reality. A-10 VR has been geared towards users trying VR for the first time, although sharp shooters will be able to spend hours mastering their gun play. Fit with both global and local leaderboards.

Don't let the enemies escape! Each time an enemy escapes you lose time. Try and last the longest for a high score!

Enemy targets emerge from portals. Shoot down the bomb targets to prevent them from reaching you while shooting other targets for bonus points.

New Mode! Can you stay alive in Attack Mode? Dodge incoming missiles and enemy fire while shooting down your foes before they shoot you!

Master the game to complete the 13 challenging Steam Achievements. 7ad7b8b382 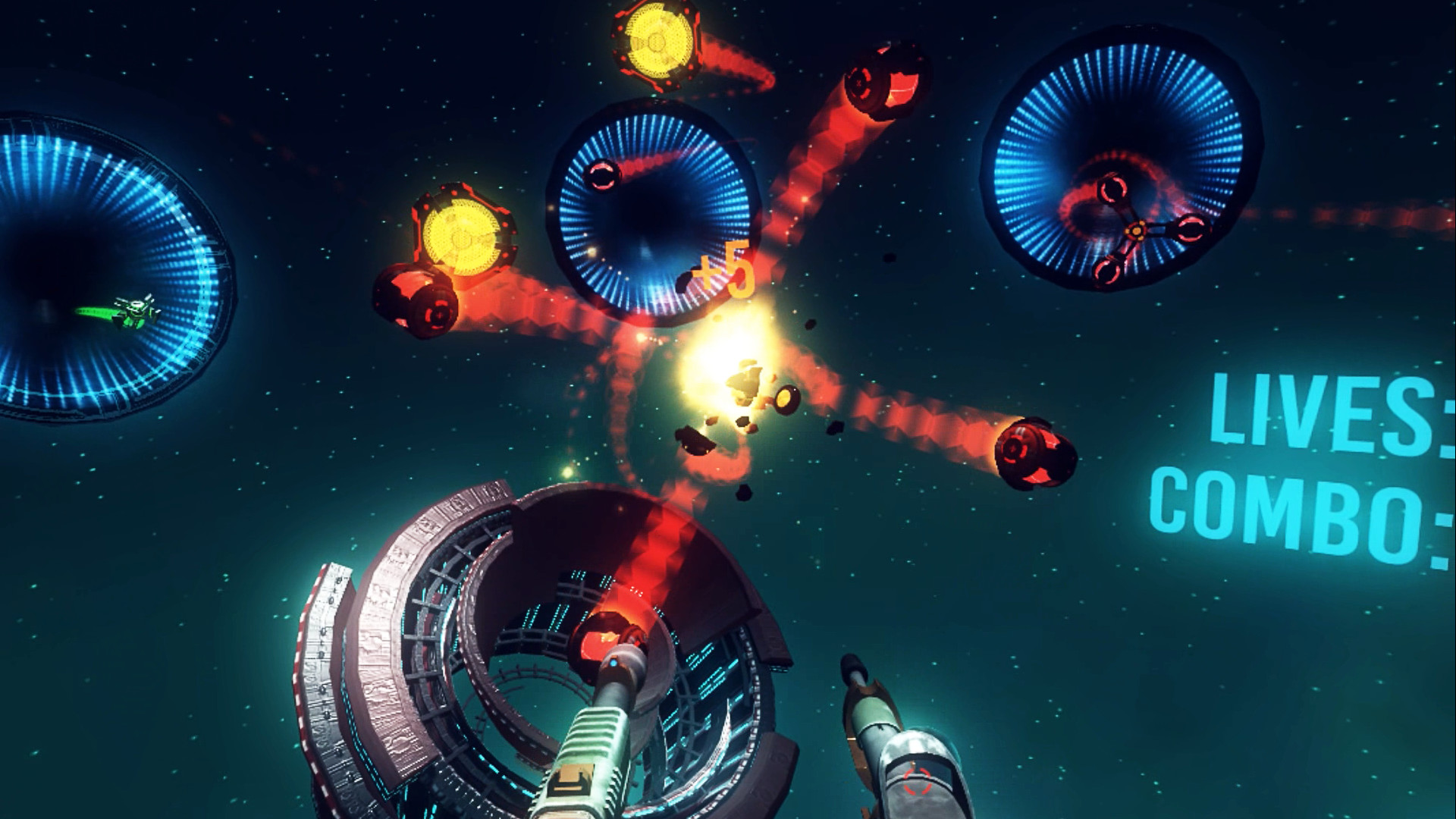 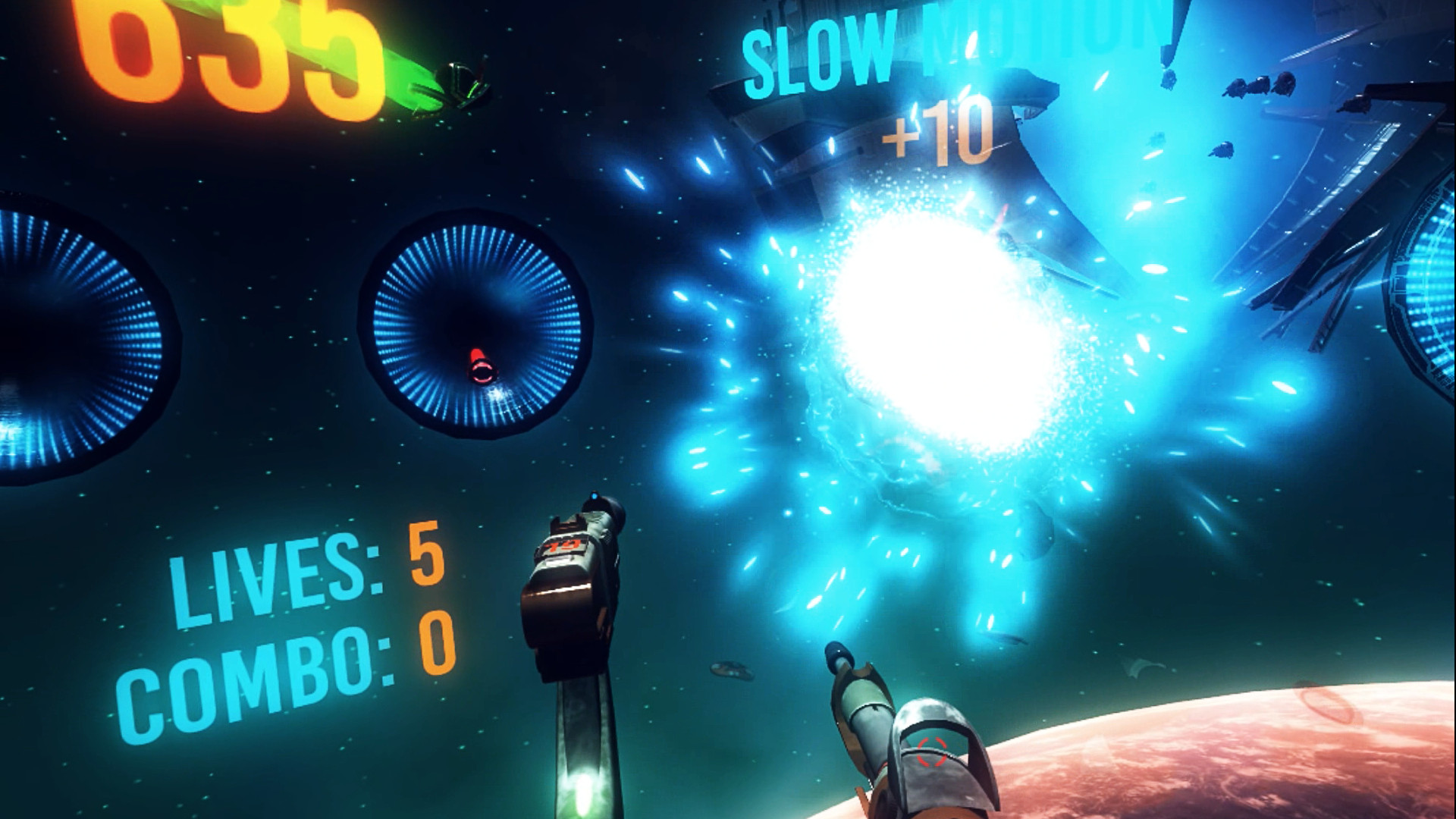 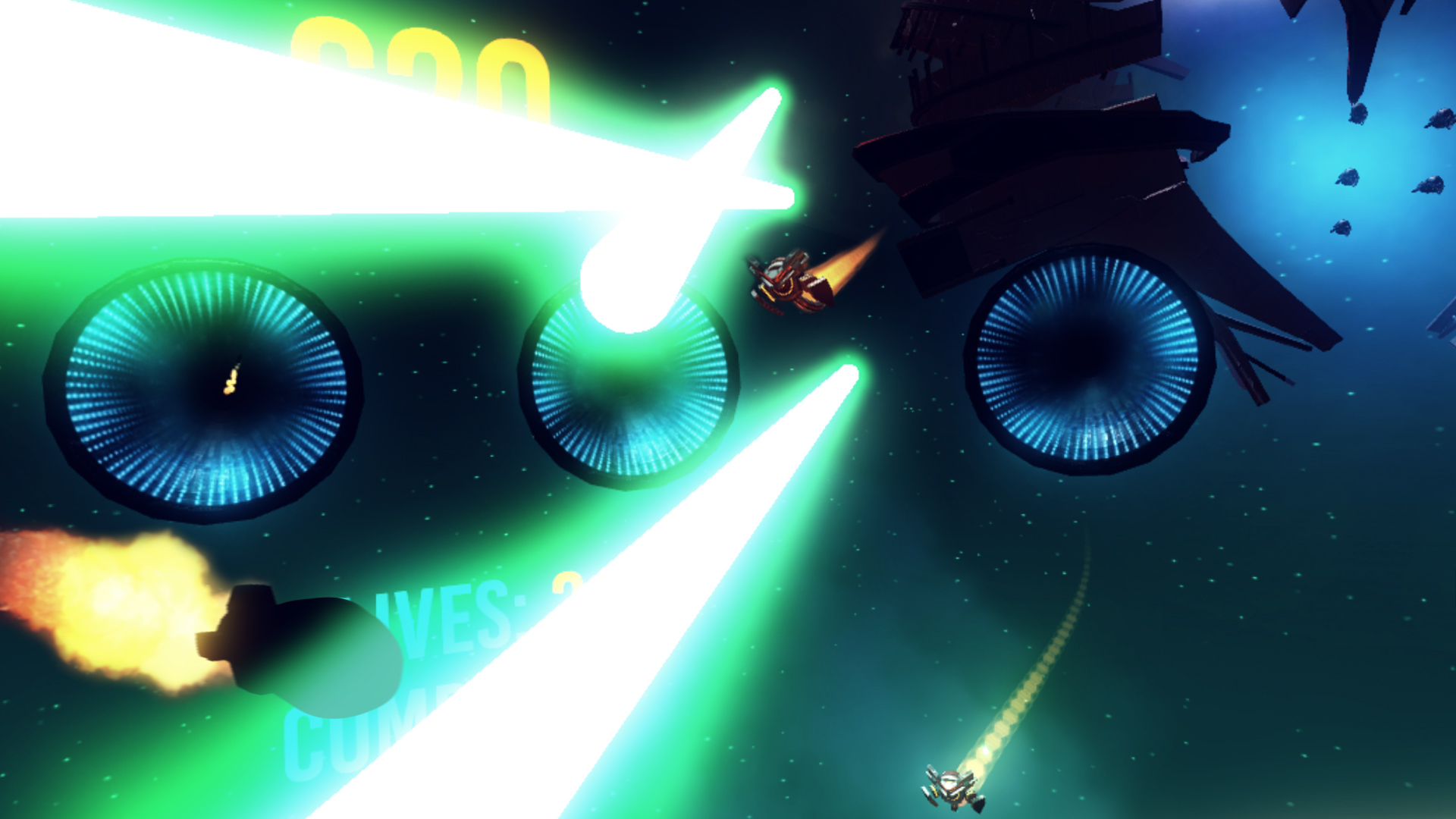 This is the best casual shooter for VR.
It is better than the more famous space pirate trainer.
A-10 has got significantly better graphics, more variety in the enemies and in their behaviours. Jebooman might be a better shooter but there is more of a learning curve there.
A-10 is very intuitive and the learning curve is purely in aiming skills.
For the price, it is definetly the first shooter to purchase.
Also, it is one of few "games", rather than demos, that is ideal to show VR to curious friends and family.. It is hard to describe how much fun I have had with this game. My VR library is at nearly 50 titles now and I have to say that this is easily in the top 10% of what I play. It is very simple to play making it easy for newcomers to VR to enjoy. There's no real "movement" going on, so it is very unlikely to make anyone feel queasy.

The only downside is that it is "the thing you do" forever. It will get harder, sure, but you'll be doing the exact same thing - shooting flying targets. Still, between guests and my roommate and so forth, I've gotten my money's worth several times over.

Overall, if you like Space Pirate Trainer, then you should probably buy this game as it's somewhat like it. And if you didn't like Space Pirate Trainer, then you may still want to give this game a look as it won't have you dodging and ducking as much as SPT.. This game is a throwback to the arcade, but in VR, and it's wicked.
Graphics are old school looking video game gorgeous, they are not going for realism, rather the opossite, but still beautiful none the less.
Music, a trancey score that fits well with the vibe of the game, hopefully some more variation will be added.
Gameplay, just a simple concept, you have two weapons, both pistols, both can have the same pulse ammo, or one can be a single shot beam, or both can be a single shot beam, it's up to you, I prefer one of each.
You shoot waves of orbs and ships that will explode if they get near your location, it's like missile command in full vr 3d, except all the enemies head straight for you.

Haven't played hours yet, but that is going to change, this is what I love about video games, fun, fast, crazy, but still doable..... I can't believe hadn't tried this game for so long. Attack mode is a complete blast. I actually like it more than SPT, and for $2.50 during this summer sale it's a steal!. While Space Pirate Trainer might be the go-to for the dodge-and-shoot crowd, if you want a system where target-selection is more important and you have to keep checking over your shoulder, this is it! If you want to shoot, but don't want to dodge, then check out A-10 VR!